You are here: Home / Advent / The Advent According to John 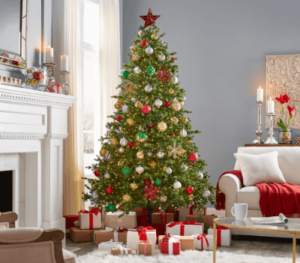 Christmas is not always “the most wonderful time of the year” for many of us. What’s supposed to be the best of times can feel like the worst of times [apologies to Dickens]. This time of year can be extremely difficult, especially for people who are experiencing health problems, or those dealing with grief over the death of a loved one or the death of a relationship. Coping with the complexities of a dysfunctional or blended family is especially tough during the holiday season. Many voices around us tell us that life should be perfect at this time of year, and if it isn’t, they will sell us whatever we need to make it perfect.

It isn’t that easy. Actually, those loud voices of transactional happiness contradict the voice of Jesus in the beatitudes (Matt 5:3-12; Luke 6:20-26), not to mention what he taught us in the Gospel of John about the inevitable difficulties that we will face as his followers (e.g. John 16:33). The voice of the beloved disciple in John tells us of a surprisingly human Jesus who experienced many of the circumstances we struggle with, and, more importantly, who showed us how to deal with what may actually be the most difficult time of the year.

The Advent According to Matthew and Luke

During the Christmas season we’re usually reminded of the familiar stories in Matthew 1-2 and Luke 1-2 which portray the advent of Jesus by recounting how it was made known by dreams and angels to Zechariah and Elizabeth, Mary and Joseph, Simeon and Anna, the magi, and the shepherds in the field. We don’t typically think of John as a Gospel for the Advent season because it doesn’t tell us anything about Jesus’ infancy and early years. We often hear that Matthew, Mark, and Luke emphasize Jesus’ humanity, and John emphasizes Jesus’ divinity. So what does the Gospel of John have to do with the Advent and the humanity of Jesus?

The Advent According to John: God Striding upon the Earth? 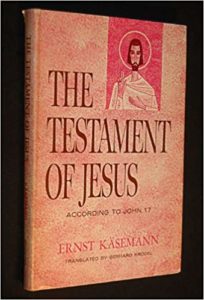 The absence of infancy stories in John and John’s emphasis on Jesus’ divine origin and glory has led some scholars, Ernst Käsemann for example, to argue that Jesus’ feet barely touch the ground in the Fourth Gospel. In this view John presents Jesus as a theophany striding upon the earth in disguise as a human, his flesh merely a costume. For such scholars, there is in John no incarnation in the historic Christian sense that was affirmed, for example, by Irenaeus, writing in the second century against the gnostics. Irenaeus spoke of Jesus as the Word “who did, through His transcendent love, become what we are, that He might bring us to be even what He is Himself” (Against Heresies, 5, preface).

The Advent According to John: Jesus Feeling our Pain 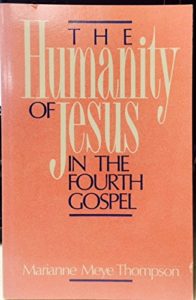 Marianne Meye Thompson and others have written at length on the humanity of Jesus in the Gospel according to John. They rightly point out the implications of the programmatic text, John 1:14, for Jesus’ humanity. John 1:14-18 teaches that Jesus, as the Word-become-flesh, unveiled the excellence of God that Moses genuinely but only partially glimpsed (Exod 33-34). As the one and only Son of the Father, Jesus became human, taking on our frailty and limitations. This central Johannine teaching can also be found in 1 John 4:1-6 and 2 John 7.
The incarnation is the exegesis of God. Jesus was the ultimate revelation of the fullness of God’s grace and truth (cf. Heb 1-2, esp. 1:1-4). As he told Phillip, “He who has seen me has seen the Father” (John 14:10; cf. 10:30; 20:28). John’s Gospel shows us how revealing the Father’s glory was not a matter of assuming a human disguise but assuming humanity itself, including such human experiences as . . .

The Advent According to John: Jesus and Dysfunctional Relationships

John clearly portrays Jesus’ humanity through all the above factors, but I’d like to take this further and look briefly into the surprising way John speaks of Jesus’ strained relationships with others, such as with . . .

• his audience— Many of those who heard Jesus teach and saw his miracles simply did not understand (e.g. 6:14-15, 26, 41, 52, 60, 70-71). Nicodemus, a great teacher of Israel, did not get it, at least at first (John 3:10; 7:50-52; 19:38-42). How frustrating this must have been to Jesus.
• his hometown— Many of the people in Jesus’ hometown did not get him (John 4:44). The synoptic tradition makes this point about Nazareth (e.g. Matt 13:53-58, but John may be alluding to the poor reception Jesus received in Jerusalem (e.g. 2:18; 5:15-18, 7:32). In either case, “his own did not receive him” (1:11).
• his disciples— Jesus’ relationship with his disciples was marred by misunderstandings (e.g. John 4:31-38; 11:11-14; 13:6-11), denial (John 13:36-38; 18:15-18; 25-27), and even betrayal (6:70-71; 13:10-11, 18-19, 21-30; 17:12; 18:1-5). Even Jesus’ inner circle, those in whom he invested his greatest effort, could be very disappointing to him.
• his father— Matthew, Mark, and Luke say little about the role Joseph played in the life of Jesus. We do learn that Joseph was a righteous man, an observant Jew who faithfully cared for Mary and the infant Jesus (Matt 1:18-25; 2:13-15, 19-23; Luke 41-48). Although Jesus is referred to as Joseph’s son twice in John (1:49; 6:42), John is silent on Joseph’s relationship with Jesus. Jesus’ words from the cross to the beloved disciple about caring for Mary seem to imply Joseph was no longer alive or able to care for her (John 19:25-27). Joseph’s near-absence from John’s narrative hardly amounts to evidence that he was totally absent from Jesus’ life, but he was likely not there for Jesus during his ministry.
• his mother— Mary is not mentioned by name in John (cf. 2:1-5; 6:42; 19:25-27), and Jesus’ relationship with her is not emphasized. In the synoptic tradition, Mary was warned by Simeon that bearing the Messiah would be a traumatic experience for her (Luke 2:19, 33-35). Later, Mary, along with Jesus’ brothers, was concerned about his mental health (e.g. Mark 3:21, 31-35). In John 2, Mary’s comment that the wine is in short supply at the wedding feast shows chutzpah as well as awareness that Jesus has the ability to solve the problem (2:3). Jesus’ blunt reply shows that Mary lacks understanding of Jesus’ mission and the timing of his “hour” (2:4). Mary’s son is Mary’s Lord, and we find Mary with Jesus’ disciples in the upper room anticipating the arrival of the day of Pentecost (Acts 1:14).
• his brothers— There is a great deal of dispute as to whether Jesus’ brothers were Mary’s later natural children with Joseph, or, in the view that Mary was perpetually a virgin, Jesus’ step-brothers from a prior marriage of Joseph, or even Jesus’ cousins. But this debate is not germane for us here. According to John 7:1-10, Jesus’ “brothers” urged him to attend to Feast of Booths to promote his identity and mission. Since they were unbelievers, this was evidently a challenge or even a taunt. We are left with the implication that Jesus’ relationship with his brothers involved some sort of strife, sibling rivalry, or perhaps even the tensions of a blended family. But again there is more to the story. Jesus’ brothers became believers, evidently due to the resurrection (1 Cor 15:7; cf. 1 Cor 9:5), and along with Mary were in the upper room anticipating Pentecost (Acts 1:14). James became a leader of the Jerusalem church. He and Jude were likely the authors of the NT books which bear their names.

When we put all this together, it’s clear that Jesus as the Word-become-flesh experienced the same spectrum of human limitations, difficulties, and strained relationships that we experience. Our consumer culture tells us that problems such as these spoil Christmas, but God tells us that Jesus is Emmanuel, the God who is with us whatever our circumstances. For sure, from one year to the next, Christmas may be the most wonderful time or the most difficult time of the year. Things change from year to year, and the joys of this life come and go. The truth of Jesus’ Advent remains the same, whatever our circumstances. Life was not always wonderful for Jesus. Why do we expect it to be better for us? Whose voice are we listening to?

The Advent According to John shows us that God delighted in revealing his glory through Jesus even during even the worst of times. Through the wisdom of his teaching, the inspiration of his example, and power of his Spirit, we can handle the best or the worst of times. Advent reminds us that the promised Messiah of Israel has come to bless all the nations, that he comes to us now through the Spirit he poured out on Pentecost, and that he will come again to finish what began on that first Noel.

So then, since we have a great High Priest who has entered heaven, Jesus the Son of God, let us hold firmly to what we believe. This High Priest of ours understands our weaknesses, for he faced all of the same testings we do, yet he did not sin. So let us come boldly to the throne of our gracious God. There we will receive his mercy, and we will find grace to help us when we need it most. (Hebrews 4:14-16 NLT)